The Solution To Your Firearms Problem 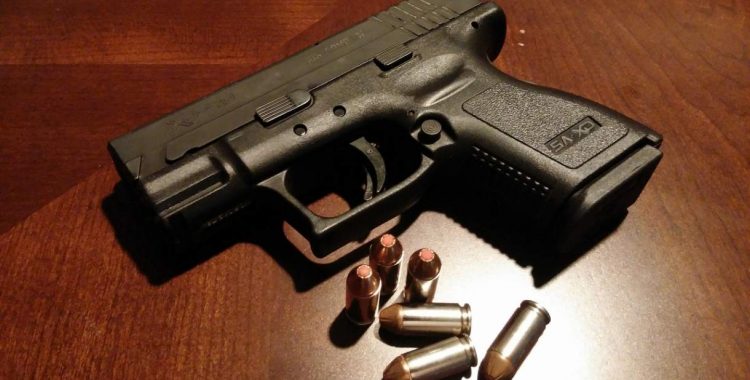 The “First Line of Defense” to alleged Violations of the Uniform Firearms Act: Attorney Joseph Paletta

Everyone knows that the Second Amendment to the Constitution of the United States grants the “right of the people to keep and bear arms.” However, this right is not without restrictions. In Pennsylvania, pistols and revolvers (commonly known as “handguns”) are defined as “firearms” and are regulated by the Uniform Firearms Act, Title 18 Pennsylvania Consolidated Statutes Annotated, Section 6101.

The two most common alleged violations of the Uniform Firearms Act are,

1. Carrying Firearms Without a License
2. Persons not to Possess a Firearm

If you have been charged with V.U.F.A. (Violation of the Uniform Firearms Act) in Pittsburgh or Allegheny County, you should immediately contact a lawyer experienced in defending this type of prosecution at trial. Attorney Joseph Paletta has defended dozens of these cases at Trial and through Pre-Trial Motions to Suppress unlawfully obtained evidence. Attorney Paletta can be reached at joseph@palettalaw.com or (412) 391-7999 for a free consultation.

Pennsylvania has numerous statutes regarding the use, possession, and carrying of weapons and firearms, which is titled the Uniform Firearms Act. Attorney Joseph Paletta is a skilled Pittsburgh Firearms Defense lawyer who is prepared to handle any type of firearm charge you might face. These are some of the most common types of charges involving firearms.

Unlawful Use of Weapons

This is a complex offense that encompasses a number of different actions related to firearms and other weapons, including selling, manufacturing, purchasing, and possessing. Unlawful use of weapons can be a misdemeanor or felony in Pennsylvania, depending on the circumstances of your alleged offense. Learn more about the various ways you can be charged with unlawful use of weapons, the possible penalties, and how a criminal defense lawyer can help by contacting Attorney Joseph Paletta.

Carrying Firearms Without a License

It’s illegal in Pennsylvania for anyone to carry firearms without a Permit to Carry a Concealed Weapon when the firearm is concealed. And the following groups do not qualify for a Permit: people who have been hospitalized or “committed” for mental health issues, people under 21, and those with a prior Felony conviction. Some Misdemeanors, and certain juvenile delinquent adjudications will disqualify you also. Learn more about the ways you can be charged with unlawful possession of firearms and what you might face if convicted by contacting Attorney Joseph Paletta.

§ 6105. Persons not to possess, use, manufacture, control, sell or transfer firearms.

If you are interested in reading the entire statute, you may do so by reading our post with it here.

If you’ve been charged with a weapons or firearms offense, don’t hesitate to contact Paletta Law at (412) 391-7999 or by emailing Joseph@PalettaLaw.com to learn your options for a defense. Attorney Joseph Paletta understands that when you’re facing a criminal charge, your freedom, and your future are on the line, but with his help you may be able to fight the charge and avoid the serious consequences of a conviction.

Do I need a Pittsburgh Firearms Lawyer for a gun charges arrest?

Yes, because every gun charge conviction may include severe restrictions to you and you have rights that must be protected!
SCHEDULE AN APPOINTMENT